A number of years ago, Jacquelyn and I bought an old house.  Built in 1915, the house came complete with walls leaning precariously into the adjoining street, one dilapidated bathroom for three upstairs bedrooms and ancient, stained carpeting covering up (mostly) beautiful floors, hardwoods alternating with decaying plywood.

We tackled the inside of the house first, grappled with a broken water pipe after only one month in the house, pulled a kitchen wall back into plumb, installed one new bath and gutted and replaced both the kitchen and the remaining bath and a half, all of which was a year in the offing.  We had the house painted, inside and out, and afterward tackled the long-neglected landscaping.

As we’ve said earlier, Jacquelyn and I both have jobs that demand our attention and our time, and we try to maximize our time otherwise.  So we hired out the landscaping, ensuring that we were precise about what we wanted.  We were looking, we told our landscape guy, for something that required minimal maintenance and that would last more than one season.  Thus, we opted for the longevity of perennials rather than the color of annuals. We chose Hosta for the shady areas, Bottlebrush for the sunnier areas, as we were told that bees absolutely love the fuzzy red flowers.  Bottlebrush, too, looked very Texan which I define as a bit hard-edged and craggy.  We selected Japanese Maples on either side of our large front porch and Texas Sage for the backyard, drawn in by its gray-green leaves.  Interspersed amid the Texas Sage, we selected Sunshine Lingustrum, with its bright yellow flowers.  We planted Lantana in front of the Bottlebrush and with its little yellow flowers. It was a beautiful concept.  We had some grass installed, too, in some areas that needed it and we had some flagstone hardscape laid down, as well, creating for ourselves a small patio at the edge of the lawn, complete with a small table and a couple of chairs.  The perfect place to read and have a glass of wine on a warm spring day.

We went to work and were amazed when our landscape guy, with his hardworking crew of four, had all of it done by the time we arrived home that evening.  The landscaping looked beautiful and we were pleased with the work.  Months passed. We watered diligently and yet despite the watering the grass was not responding well.  It’s now the dead of summer, we told ourselves and it will come back.  Then winter arrived and with it the Hosta shriveled into nothing as expected.  The Bottlebrush, too, lost its leaves. The ligustrum was still surviving and the sage seemed to thrive.  Be patient, we were told.  Spring will come and with it new leaves and new blossoms everywhere. 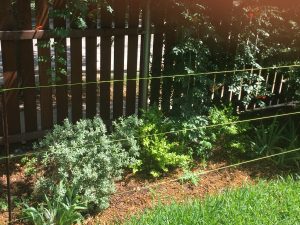 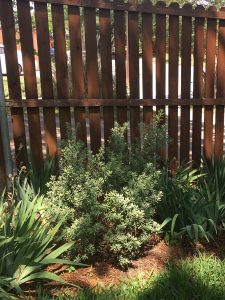 Last winter was harsh. During one week in January, the temperature never reached 20 and one day we woke to a temperature of eleven degrees.  Wind chill, the weatherman said, was in minus territory, a peculiar occurrence even for Texas. A few days even gave us a snowfall of sorts and as spring arrived we were again thrust back into 90 degree weather sooner than we had expected.

But our landscaping, except for the sage, the ligustrum and the Japanese Maples, had largely died. The perimeter around our house looked like it had been napalmed. 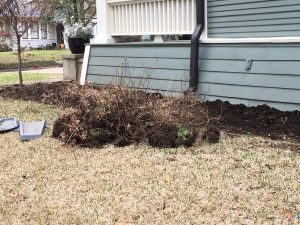 What went wrong? We talked to the experts at Calloway’s.  Here’s what they told us:

Lesson learned. We’ll do it again.  But this time around, we’ll do it ourselves.

We chose azaleas this time for most of the perimeter.  Calloway’s assured us with proper preparation of the soil they would thrive.  Hosta, again for the shady areas, concluding that it was the harsh winter that did it in.  We planted in the sunniest areas Texas Sage and Autumn Sage in Radio Red for its little red flowers. 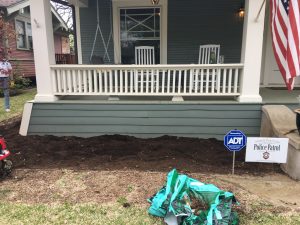 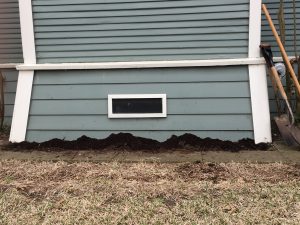 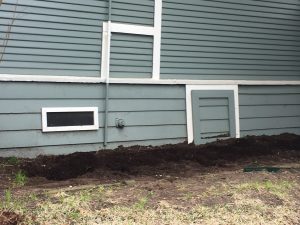 We tilled the soil (Home Depot rents tillers for next to nothing) and put in 12 40 pound bags of new soil.  We dug wide holes and mixed in new soil with the old.  We ensured the azaleas and the other plants were one and a half to two inches above ground.  We fertilized each hole before we installed the plants, with fertilizer dedicated to the plant type.  We covered the root balls to the required depth and fertilized the ground around them.  We watered.  Two days later we watered again.  And again. 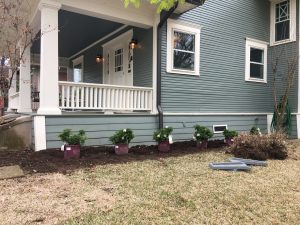 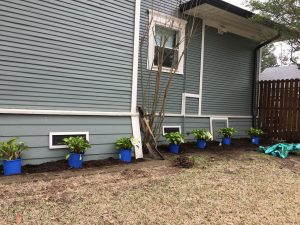 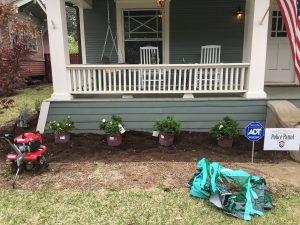 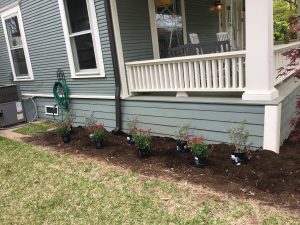 We bought forty bags of mulch, for both the new plantings and the old, and spread it by hand diligently around our newly planted offspring.  We watered again and again.  We weeded.  And watered again.

Most of that which we had planted last year died.  Replacing the plants took us two full weekends and several after work evenings. So the lesson derived from our experience, one that everyone knows but all of us sometimes forget:  Caveat emptor.   Our mistake last year was a costly one borne of our ignorance and our failure to do the research ourselves.  It’s a lesson we apply in every other part of our lives but we simply didn’t with the landscaping.  Why?  We thought we could farm out the expertise.  While it’s a good idea to hire professionals, those who really know what they’re doing, it’s equally important for you to have a working knowledge of what they will be doing, too.  Ask questions.  Be skeptical.  Trust but verify. 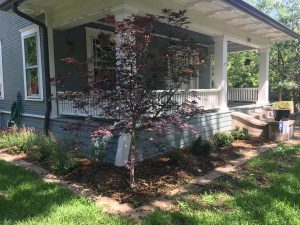 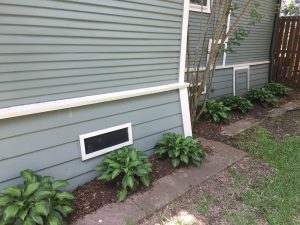 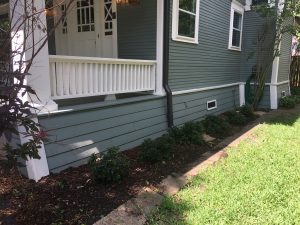 But, the new plants are in.  They look lovely. We are proud of our work, costly though it was.  We will continue to water and weed and tend our flock as they grow.

And as Paul McCartney said, “doing the garden, digging the weeds, who could ask for more?”[1]

[1]“When I’m Sixty-Four” is a song by the Beatles, written by Paul McCartney (credited to Lennon–McCartney) and released in 1967 on their album “Sgt. Pepper’s Lonely Hearts Club Band.”